History of the Italian language: why is it so fascinating?

The history of the Italian language is very interesting and it helps us to understand why Italian is one of the most loved languages in the world. First of all, you have to know that Italian derives from Latin and that some Latin expressions are still used today.

The importance of Rome for the Italian language

Rome was fundamental for the birth of Italian language. During the second century AD Rome unified its empire and imposed its language. During this period the language that spread was vulgar Latin, instead literary Latin remained confined to the circle of intellectuals and it did not become widespread in the empire of Rome.

Year after year vulgar Latin underwent changes and this spoken language became different from region to region, even if all Italians could understand each other. Vulgar Latin represented also the foundations of many other languages, which are now defined neo-Latin languages.

There are a lot of Italian words that derive from Latin words and which are very similar to the words used in vulgar Latin. Let’s see some examples to highlight the link between these two languages.

These are only some examples of the Italian words that derives from vulgar Latin. To improve your Italian skills you should learn how to memorize Italian words, so that you can broaden your vocabulary, adding also words derived from Latin.

Do you want to discover more about Italy?

If you want to discover more about Italian culture you can choose the culture courses offered by Clidante. During these courses you will learn Italian language, but at the same time you will also discover some interesting information about this language and Italian culture. This is the enrollment form to become a student of Clidante.

: History of the Italian language
Previous Post Studying Italian: which are the simplest things to learn? Next Post Most common mistakes of Italian grammar 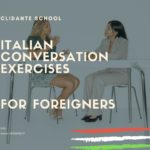 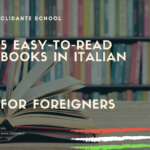 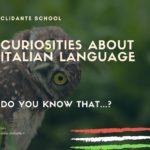 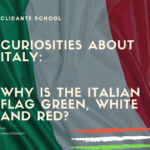